Whilst media is awash with reports that Anjin lnvestment (Pvt) Ltd grabbed the most lucrative diamond claims in Chiadzwa the mining company has not been faithful in paying development levies to the local authority.

For the past two years, the company has failed to remit levies to the local authority citing the unfavourable diamond marketing environment and COVID-19. The mining company however has been fully operating during the lockdown period.

In Zimbabwe according to the Section 276 of the Constitution, local authorities have power to levy rates and taxes and generally raise sufficient revenue to carry out their responsibilities. The Rural District Councils Act (Chapter 29:13), Section 97 states that a council may impose a special levy for recovering expenses which have been incurred or which the council may consider reasonably incurred in carrying out any development project within the council jurisdiction.

This however has not been working well with Anjin. MRDC is currently struggling to improve service delivery in Marange. CCDT once questioned the coming back of Anjin after Robert Mugabe in 2016 accused the mining company of looting diamonds worth $15 billion. The communities are accusing the mining company of mining without doing justice to the environment and failure to be loyal to local authorities. 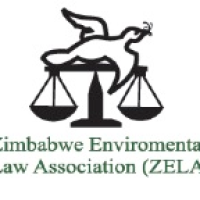